Genus Genet is based on the life and work of French Writer Playwrite. and Cineaste Jean Genet , who’s imaginative and visceral work, dealt with his own ‘Queer’ nature: his marginal and rebellious life as a runaway, military deserter, convict, and outsider, told in extraordinarily sensitive and poetic terms.

In ‘Genus Genet’, we’ve sought to capture the chaotic and ironic life which Genet made into a life  work: About love, obsession, and survival from the point of view of a marginalized and desperate Gay man, who came of age in a time when sexuality and social mobility were rigidly controlled.

In novels like ‘The Thief’s Journal’, and ‘Our Lady of the Flowers’, Genet described characters based on his own demi-monde life among drag queens, prostitutes and  convicts, in paradoxically human terms.

In Plays like ‘The Balcony’, and ‘The Maids’ Genet took on themes of violence, class conflict, and death alongside the demands for conventional social order,  patriotism, and the acquiesence of individuality.

Genet’s placing of his own homosexuality at the center of his rebelliousness, makes him a progenitor of contemporary Queer Identity, and reminds us that sexual freedom and social order are fundamental polarities.

Genet was eventually  embraced by France’s cultural establishment, and he was rescued from life  imprisonment by Jan Cocteau and Jean Paul Sartre.

Genet later became a figure in the radical political movements of the 1960’s and ’70’s championing controversial groups like the Black Panther Party and Palestine Liberation Organization, once again 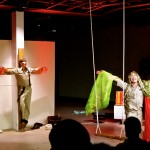 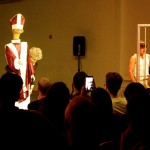 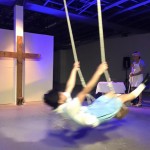